Some participating vendors include:

Have you had success in using search engines for genealogy? 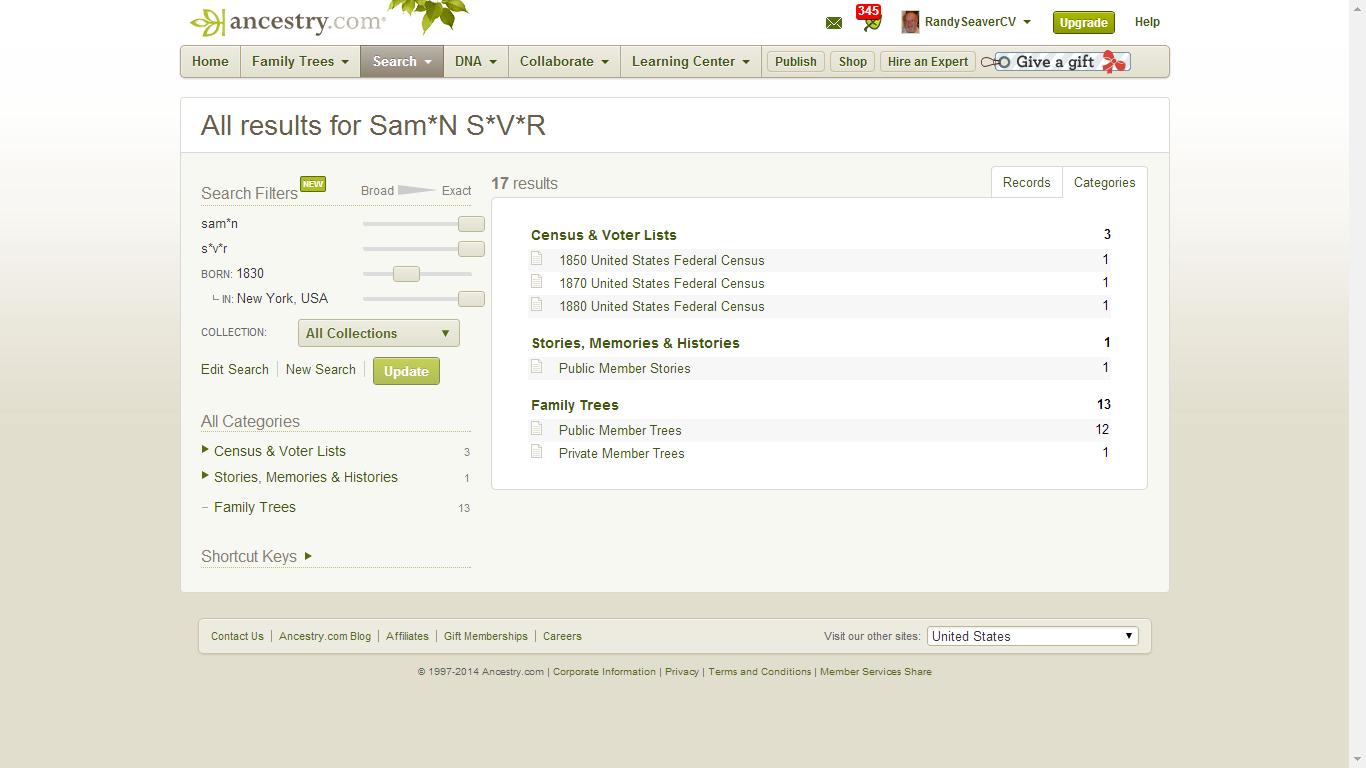 I’ve been working on adding facts and source citations for my Seaver, Carringer and Vaux persons in my RootsMagic database, hoping that the information might help somebody else, plus enrich my database with the information. In the process, I’ve been searching for persons in U.S. census records on Ancestry.com so that I can provide a decent source citation for an entered Fact. But, there are times when an Ancestry.com search does not find what I expect to find, and that is frustrating.

Looking into Louisiana vital records can give you some great clues in your research. Many of the tidbits of information that will lead you to your ancestors and family history will be found by interviewing your immediate family and seeing what else other family members have preserved. Vital records are the certificates and papers that record our vital information. Vital records include birth certificates, marriage licenses, divorce papers, adoption papers, and death certificates. While the details contained on these records will vary  you can probably find a good amount of information. A family Bible is always my first choice to look for vital records clues to get started.

The civil recording of births, marriages, and deaths did not begin in earnest until the early twentieth century. Although laws were passed in the late nineteenth century requiring that vital events be recorded, there was little compliance until later. Prior to that time it was the responsibility of the churches to maintain this data.

The Roman Catholic Church dominated Louisiana until the Louisiana Purchase in 1803. In fact, it was the only church in Louisiana until that time. The Catholic churches throughout the state kept registers of christenings, marriages, and burials, and were the recorders of Louisiana’s early vital records. For important published works relating to marriages, see Church Records below and the following:

From Ancestry.com Wiki This entry was originally written by Beth A. Stahr , CGRS and Sharon Sholars Brown for Red Book: American State, County, and Town Sources . The civil recording of births, marriages, and deaths did not begin in earnest until the early twentieth century. Although laws were […]

Tracing our family trees is a process that not only gives us data for posterity but demands continuing the tradition of oral story telling. Before we had passports and vital records, we still had families. And we knew who they were through the telling and retelling of family stories. Stories can be told by one narrator recounting an event that they witnessed first hand; or they can be told through conversation among many. A formal or informal interview with predetermined questions can produce a story and so can documents gathered from vital documents and pieced together on a timeline. Tracing family trees is about doing some of each of these.

Anyone beginning to search their family history should begin with the old time tradition of oral story telling. Everybody has a story and every story is different. It is funny how ten people can witness a single event and come away with ten different stories but that is how it works. Our minds, perceptions and memories are unique to each individual and so is our telling. A family historian must talk to witnesses and participants just like an investigator. To prepare for your interview, it is helpful to sketch out some jumping off places to get the conversation going.

Check out this video by FamilySearch on how to record and share your family history.